London, UK, August 2019 – Highwire Games and Perp Games are absolutely thrilled to reveal that Golem will emerge from the shadows in both physical and digital form on PSVR this Fall.

Built by a team of world-class industry veterans and described by Polygon as a “Supergroup of Developers”, Golem is one of the most eagerly anticipated games of the year. 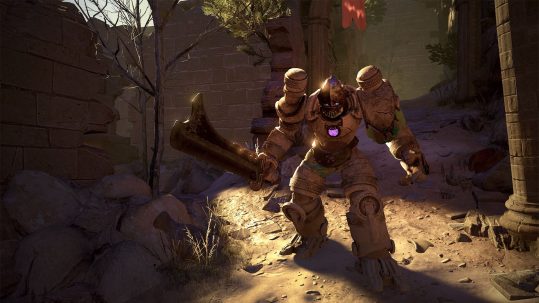 Featuring music from the award-winning composer Marty O’Donnell, creator of the soundtrack for Halo and Destiny, innovative game design by Jaime Griesemer, the Game Designer on Halo & Destiny, and developed by a team instrumental in some of the best-loved games of all time, Golem has the world-class pedigree to be a flagship title for PlayStation® VR.

In Golem you take on the role of Twine, an adventurous kid who has been left critically injured by a serious accident. While you can’t leave your bed, you develop an extraordinary ability to create and control large stone golems and see the world through their eyes.

You can use your golems to explore an enormous abandoned city, collecting treasure and artefacts, while unravelling a deeper mystery and discovering the connection between the city and your family. Designed from the ground up for VR, the game also has an innovative free movement control scheme and intense one-to-one melee combat that sees you feint, block, and counter-attack your enemies.

Golem has been in development for several years as Highwire Games have spent time refining and polishing the experience to the highest possible standard. Now they’re ready to share what they’ve been working on with the rest of the world.

Of the announcement, Jaime Griesemer, Creative Director at Highwire, says “It’s so gratifying to see our original vision for Golem come together into a full experience. We’ve really had to push ourselves and the technology, but I think the game is beautiful and I can’t wait for everyone to be able to play it. And we’re pretty old school, so it won’t feel ‘finished’ for us until we see it on store shelves.”

Rob Edwards, Managing Director of Perp Games, is thrilled to be publishing one of PSVR’s most highly anticipated exclusives. “Golem has been a long-time coming but the wait is almost over. It is our honour to be working with such an amazing team of world-class talent. We can’t wait to explore Golem’s secrets.” 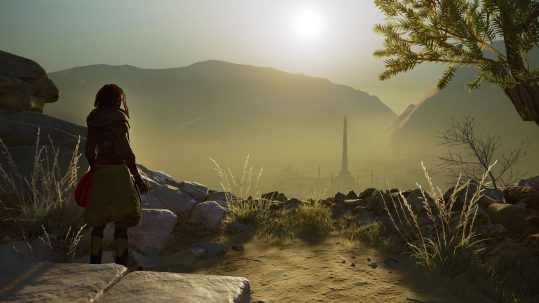 Golem features music from award-winning composer Marty O’Donnell, creator of the soundtrack for Halo and Destiny. As an added bonus for fans, the Physical Edition of Golem will also include a downloadable version of “Echoes of the First Dream” the musical prequel to the game.

Golem will launch this Fall as a PlayStation® VR exclusive and will receive a physical release through Perp Games in Europe and North America. 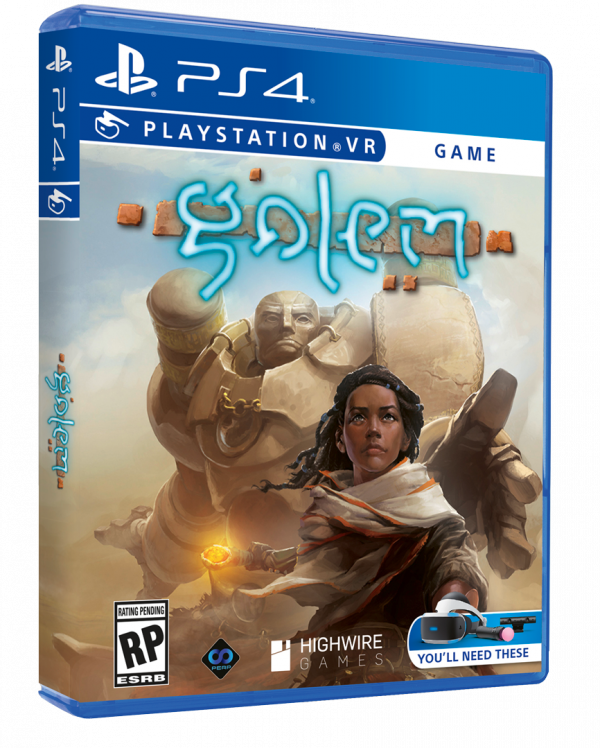